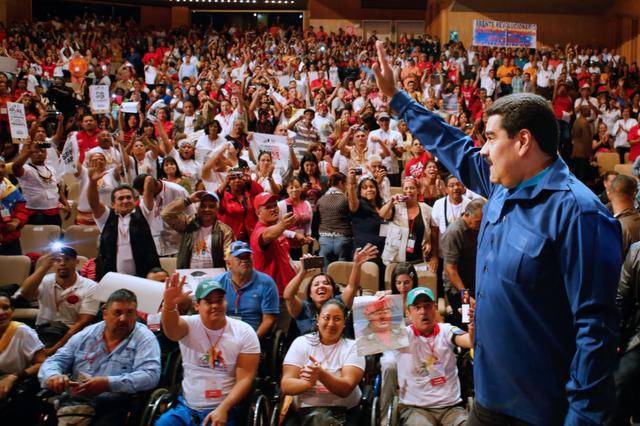 The Bolivarian Circle of New York “Alberto Lovera,” invites historians, artists, videographers, writers, political analysts, and other activists who sympathize with the Bolivarian revolution, to join the January delegation to Caracas.

The purpose of this delegation is to document the political resistance of the popular sectors to a neoliberal restoration in Venezuela in the aftermath of the parliamentary elections of December 6, 2015.

In those elections the opposition coalition, Roundtable of Democratic Unity (MUD), won a qualified majority. The election results, however, do not reflect a popular endorsement of the MUD agenda. This electoral defeat was caused in large part by an economic and media war waged by US backed oligarchic interests against the Maduro administration, exacerbated by a plunge in oil prices. There was also some voter abstention among a significant part of the Chavista electoral base motivated by dissatisfaction with the government’s handling of the related shortages, inflation, and corruption. For this reason there is a great deal of critique and self-critique going on throughout the entire spectrum of Chavismo with a view to correcting errors (rectificación) and relaunching (reimpulso) the Bolivarian project. Come witness and document the efforts of the popular sectors to regroup and defend the political, economic and social rights guaranteed by the 1999 Constitution, even during a period in which a neoliberal agenda will likely dominate the legislative branch of government.