The Assault on Smuggling Continues on the Venezuela-Colombia Border 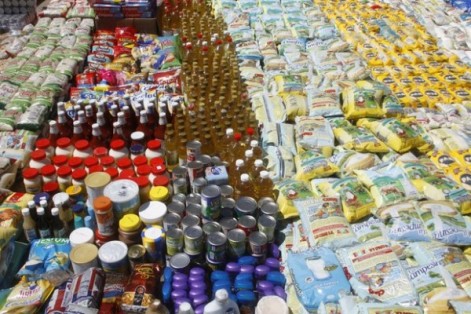 Since the National Commission to Fight Contraband was launched on August 12th, approximately 75 people have been arrested in the act of smuggling Venezuelan goods across the Colombian border to be sold for profit. According to vice president Jorge Arreaza, 47 of those are still in custody.

At least 20,000 liters of gasoline and 30 tons of food have been recovered by the army in the state of Zulia alone, officials say.

Large-scale contraband is directed by “mafias” and “cartels,” Maduro explained. “We’ll get to the bottom of them, no matter what their surnames are,” he warned, indicating that the smuggling groups are often run by powerful or influential families of the border region.

The offensive is also directed at controlling narcotraffic in the region. Minister of Defense Carmen Meléndez Rivas said that Venezuelan armed forces have seized nearly 1,322 pounds of pure cocaine and 723 pounds of marihuana in Zulia, and uncovered at least 23 drug production facilities.

Meanwhile, the food trade contributes directly to scarcity and speculation in border regions, while having a similar impact on the national economy. Officials have estimated the amount of Venezuelan goods to be smuggled outside its borders as high as 40%, though Maduro informed yesterday that his administration has temporarily increased the import of basic commodities by 30%, to combat the missing items.

Though government forces have been firmly focused on the Western region that borders Colombia, it is widely known that a large amount of gasoline, fuel, and food is smuggled over the Southeastern borders with Brazil and British Guyana.

« Bolivian reality versus the ‘extractivism’ debate
All out for climate protests in New York, Sept. 19-23! »