A Revolution Against Climate Change 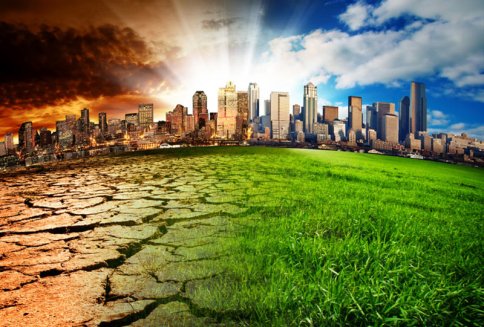 On Nov. 4th. to 7th. 2014 Venezuela will held the first world public forum on Climate Change. This forum which is organized by Venezuela is part of a process of negotiations from the United Nations and constitutes a space where the people of the world can contribute in the construction of a new climate agreement which will be decided on in 2015. Social PreCOP of Climate Change will create a precedence in the manner in which participation takes place from social actors in multilateral forums.

Claudia Salerno Caldera is the Venezuelan Vice-Minister for Foreign Affairs for North America. She is also the Special Presidential Envoy for Climate Change for the Bolivarian Republic of Venezuela. She is a long time environmentalist and holds a Ph.D. in international environmental law.

Brian Tokar has been an activist, author and a well-known critical voice for ecological activism since the 1980s. He is currently the director of the Institute for Social Ecology and Lecturer II in Environmental Studies at UVM. Brian’s books include The Green Alternative (1987, revised 1992), Earth for Sale (1997), and Toward Climate Justice: Perspectives on the Climate Crisis and Social Change, published in 2010. He edited two books on the politics of biotechnology, Redesigning Life? and Gene Traders, and co-edited a recent collection, Agriculture and Food in Crisis: Conflict, Resistance and Renewal (with UVM Professor Emeritus, Fred Magdoff). He is a senior advisor and board member of 350-Vermont, and his articles on environmental issues and popular movements appear in Z Magazine and Green Social Thought, and on popular websites such as Counterpunch, ZNet, Alternet, and Toward Freedom.

This event is open to the general public / No charge.

Anyone who wants to sponsor this event please let us know: cbalbertolovera@gmail.com

As Poor Countries Walk Out of Climate Talks, Venezuela Calls on Industrial Nations to Take Action