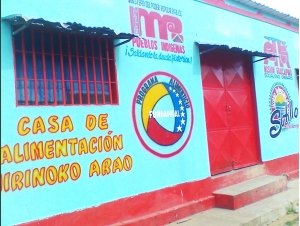 The United Nations Food and Agriculture Organization (FAO) will soon recognize Venezuela and 15 other countries for achieving part of the Millennium Development Goal of eradicating hunger.

According to a statement by the FAO Director General José Graziano Da Silva, Venezuela will receive a certificate of recognition at the organization’s next conference to be held in Rome beginning June 15. The recognition is for successfully halving the proportion of people who suffer from hunger, a goal established in 1996 to be achieved by 2015.

The other countries that will be recognized for meeting this goal are Armenia, Azerbaijan, Chile, Fiji, Georgia, Ghana, Guyana, Nicaragua, Peru, Samoa, São Tomé and Principe, Thailand, Uruguay, and Vietnam.

Since the start of the Bolivarian Revolution in 1999, the Venezuelan government has developed a series of policies regarding food and nutrition, that have been recognized by the FAO as helping eradicate hunger in the country.

Local FAO representative Marcelo Resende said in March that the government has been able to “understand that food is everybody’s right and not just the privilege of a few, and it worked based on that.”